A NEW LIFE IN THE SUN 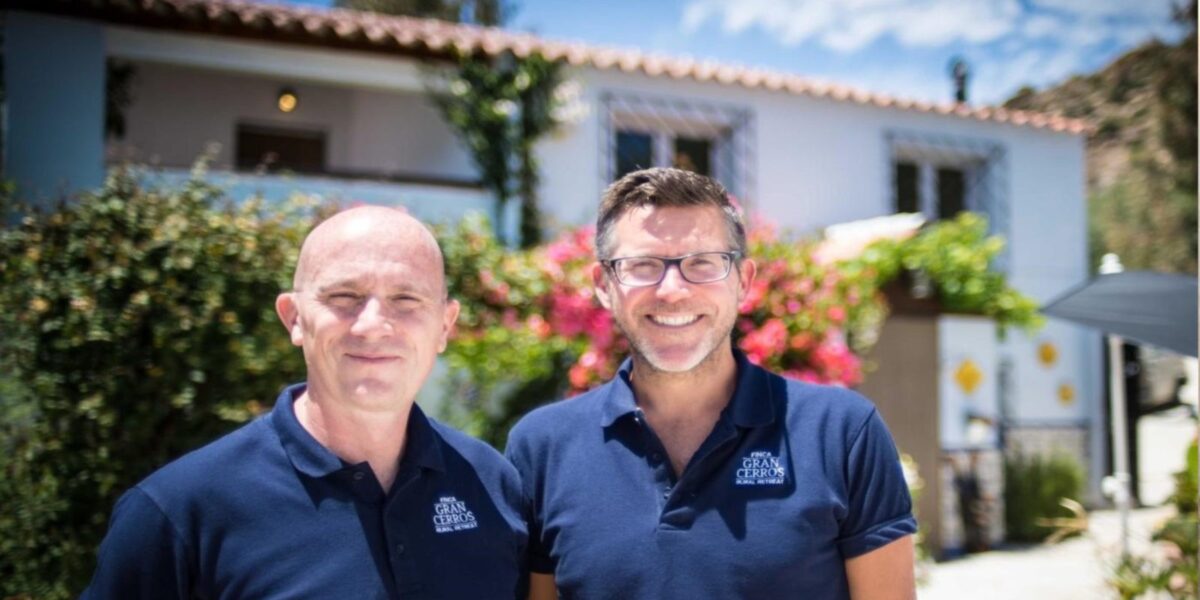 So, the cat’s out of the bag and we’re now allowed to talk about our first Summer in Álora being accompanied by the wonderful, talented, team from Channel 4’s ‘A New Life in the Sun’.

We were fortunate enough to be featured in Series 5 of the programme (episodes 1-5) – although I don’t think Shaun felt very fortunate when I first put us forward to be considered!

It all came about from seeing a post on Facebook from the production company, asking people to get in touch if they were starting a new business in Spain or France – so social media has a lot to answer for!

This was back in early March 2019, only about a week and a half before we were due to sign the purchase papers for our new home that would also become our business, Finca Gran Cerros.   It was a stressful time with the legal process and the move, and initially we had reservations about whether it was something we’d be comfortable doing.

But on the grounds that there would “be hundreds (possibly thousands) of applications and we’ll probably never hear from them”, that night,I twisted Shaun’s arm and sent off a reply to the Facebook post and didn’t expect to hear anything more.

Until the next morning!

We had a reply overnight asking for a quick chat by phone.  They put our minds at ease that anyone they film isn’t ‘directed’, the filming is ‘observational’.  So there’s nothing scripted and no one asking you to do things umpteen times so they can film it from different angles.  We were also worried about how intrusive or disruptive it might be for guests and, again, they were obviously used to hearing our concerns from other participants.

After the initial chat, then video call, it was a bit of a whirlwind.  Because we were signing within a few days, we ended up meeting Chris, the Director of TV who did the vast majority of filming with us, for the first time in a cafe outside the Notary office just a few minutes before we went in to sign and buy the property.  He is an absolute legend and put us at ease almost immediately!

Well, I say almost immediately… Shaun spend the first three days laughing at me because (apparently!) I was walking and talking like a thunderbird puppet!

But things soon became very easy and relaxed.  Chris was joined by the rest of the team (Jacques, Helena, Carol and Peter) in May and by then they were filming around ten sets of participants, so they worked incredibly hard.  Generally, a member of the team would be around for one or two days a week between then and the end of October.

It was very rare that there was more than one of them here at any time, so it wasn’t intrusive at all and they were incredibly mindful of the fact that we had guests staying while they were filming.  Although having said that, most guests were intrigued and happy to be filmed.

And we got to show Chris and Jacques some of the local sights and show off the Caminito del Rey and Álora Castle too.

From the 500 hours or so of footage that they captured, they edited it into segments across 5 episodes and, although we watched it from behind a cushion, we couldn’t have been more pleased (or relieved) when we saw the programme air in January 2020.

Even our rescued ex-racing greyhound Benji Sparks-Oakes made a cameo appearance!

It’s turned out to be the most wonderful memento of a very special first few months of our ‘new life’ in Spain.

So a massive thank you to True North TV for deciding to follow our story and for making such a great memento, and a big thank you to all of our guests who spent time chatting to the team and being filmed.  We really do appreciate it!